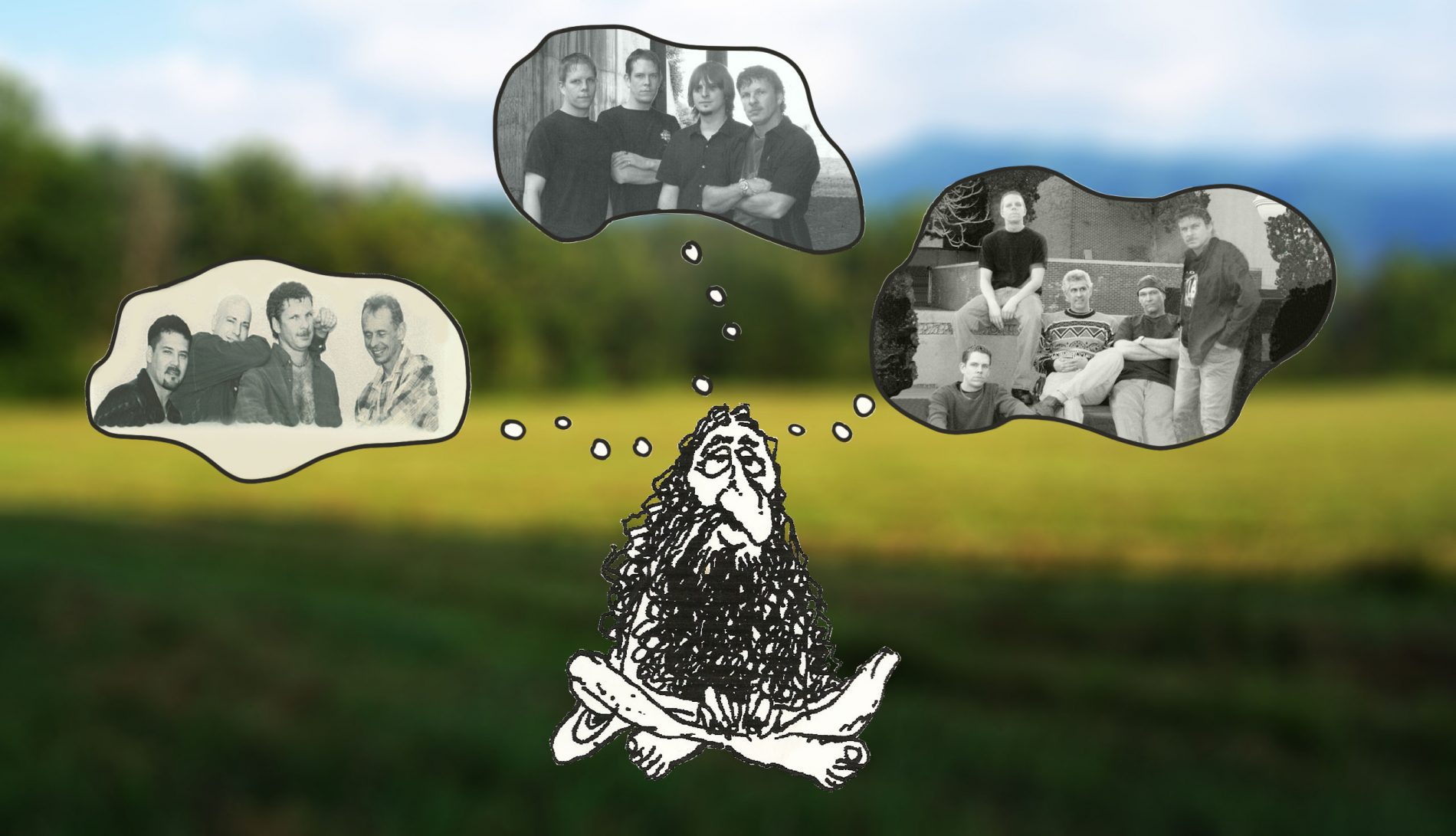 In 2002 a friend of mine at work, knowing I was in a band, referred me to a neighbor of his who played guitar well. At that time, I was looking for a guitarist who might interested in collaborating on some original song ideas. A jam session ensued between Mark (Guitar), Ed(Bass), Mike (2nd Guitar) and Myself on Vocals, Keys and Saxophone. I introduced Marty (Drums) to these sessions and we hit a groove. Its important to note Mark and his friends had been jamming some of the song ideas for quite some time. I was looking for inspiration. I do believe I had found it! Songs like “So Weird” and others however, were created on the spot. Still, to write 10 song CD in its completion took a bit of money and several dozen trips to Saginaw. It also took a feisty producer to shape what we had. That first CD was a testimony to our determination to create a finished product. Several personel changes took place over the next ten years. A lot of songs were written and rewritten. My Lifetime friend (and wingman) Robert Harvey helped with recording and production. Another CD was produced and many performances were played. I held on to the dream that throughout all of these changes, all of the great input from local musicians, and with all of these songs, at least one might resonate with the masses. I still do.
Barry Bolt